We are a fellowship of men and women who share their experience, strength and hope with each other to try to solve their common problem and help others to recover from drug addiction. We recover through the Big Book of Alcoholics Anonymous and the Twelve Steps.  We cannot express our gratitude enough to AA, who gave us the permission to adapt and apply the 12 steps and 12 traditions.

The first Drug Addicts Anonymous group in the United States was started in Dallas, Texas in early 2007 when a small group of addicts wanted to join a 12 step fellowship that used the program of action outlined in the Big Book of Alcoholics Anonymous.

Out of respect for AA’s 12 traditions and singleness of purpose they knew they could not become members of AA but they also realized the success this program had with alcoholics recovering.  If such a program could relieve an alcoholic of their obsession with alcohol then it could do the same in relieving an addict’s obsession with drugs. They were elated to find Drug Addicts Anonymous.

Upon contacting their DAA brothers and sisters in Sweden, they were granted permission to use the DAA 12 steps and traditions. Since that time DAA has grown in numbers and strength with groups starting up in many states as well as others forming in England, Germany, Canada, Norway and Australia.

The first Drug Addicts Anonymous group in Tennessee was started in Knoxville in early 2016 when a small group of addicts were unsatisfied with the predominance of open discussion meetings and the lack of solution based God centered meetings.  They began their first meeting in a member’s apartment with a group of 3 or 4. Within a few weeks a location became available  DAA Steps to Truth meeting was officially founded. DAA Steps to Truth then expanded to Tuesday and Thursday night meetings, and since has experienced an exponential growth in attendance. The Tuesday meeting now regularly reaches over 100 people weekly!   Meetings have since expanded in availability from Monday-Saturday each week and DAA Tennessee Area has been formed in order to actively work towards supporting new groups and the needs of the recovery community. 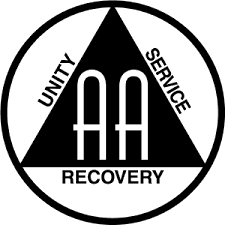 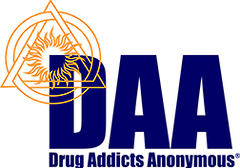